Two years ago I bought my Racktime WorkIt Classic pannier as my main office bag. It has worked very well so far - it's roomy enough to hold all my usual office junk and it's easy to attach to and detach from the bike. However, as with nearly everything, after some time I discovered one serious issue with WorkIt Classic - the back of the bag gets very messy very easily in inclement weather (And we get lots of it in wintertime in Boston). Now I realize that ideally WorkIt should be used on a bike that has full side skirts on the rear wheel. This way less sand, mud, snow and rain would get onto the unprotected backside where the quick release system is attached. 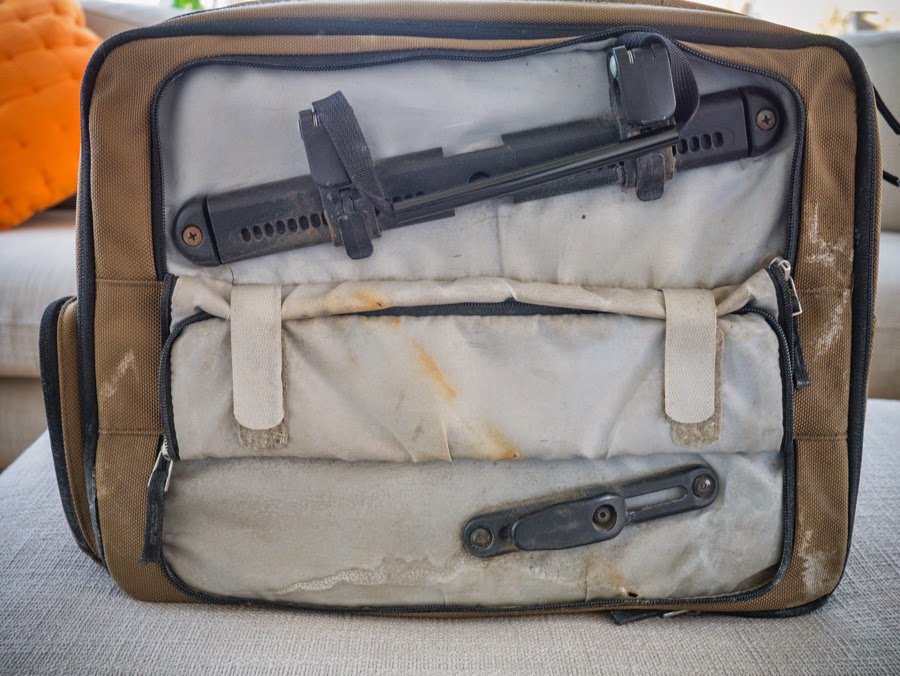 This is how my WorkIt Classic looks after two years (and nearly 3 winters). Messy.
On top of that, I hardly ever carry my laptop to/from work so such a large pannier isn't really necessary on my daily commute. Not to mention that WorkIt works only with bikes that have rear racks.
All of these things made me look for another solution recently. That's why I decided to give Racktime another chance - with their ShoulderIt handlebar bag instead. 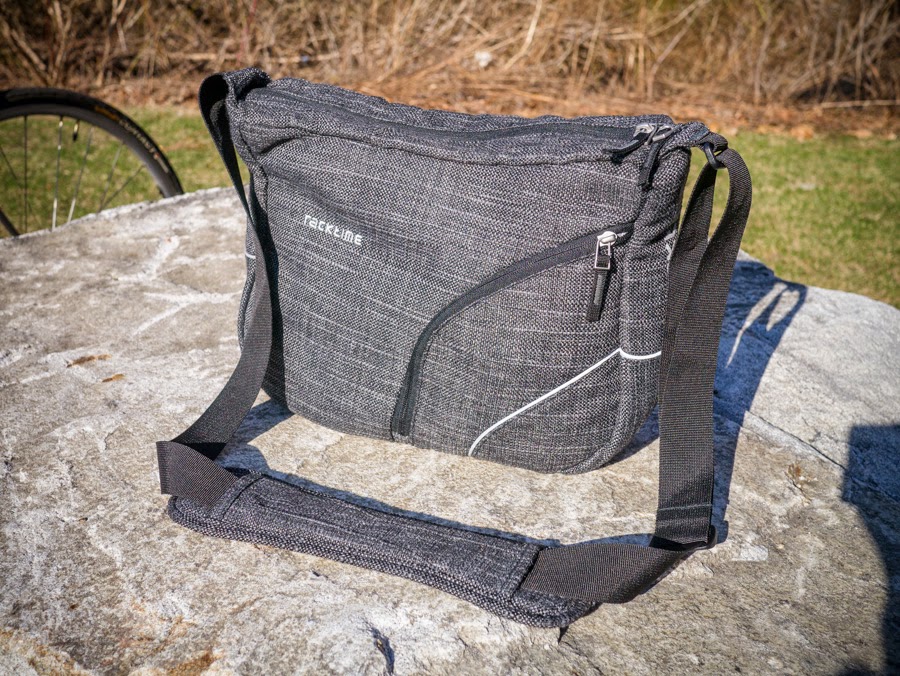 ShoulderIt is a handlebar bag, which means it sits high above the ground and far away from the elements. It should translate into less dirt and mud gathering on the underside of the bag. I will know for sure after the first winter season. It also means that ShoulderIt is smaller and 2x lighter than WorkIt - 15" x 11" x 4" (HxWxD) and 656g vs. 13" x 16.5" x 8" and 1300g. Plus, it will work on a bike without the rear rack. However, you would need to install the included quick release bracket on handlebars first. 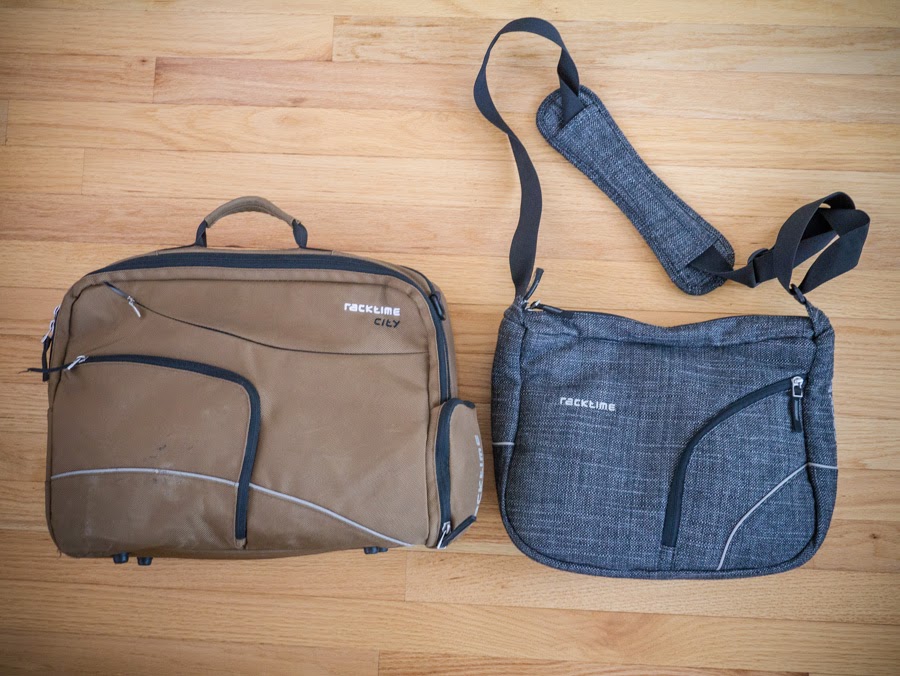 WorkIt Classic and ShoulderIt side by side.

The decreased size and weight comes with a price, of course. ShoulderIt simply doesn't have as many features as its bigger brother. The bag doesn't expand and there is only one compartment, but similarly to WorkIt, it hides several smaller pockets inside (one of them with a zipper). There is also a small front pocket with a zipper - good place for your keys, badge, etc. 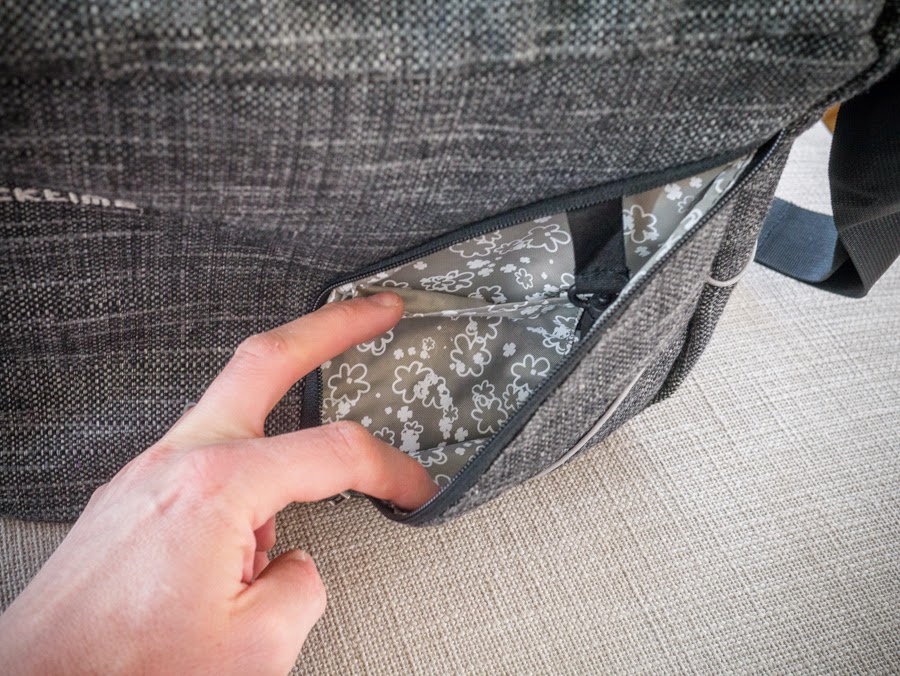 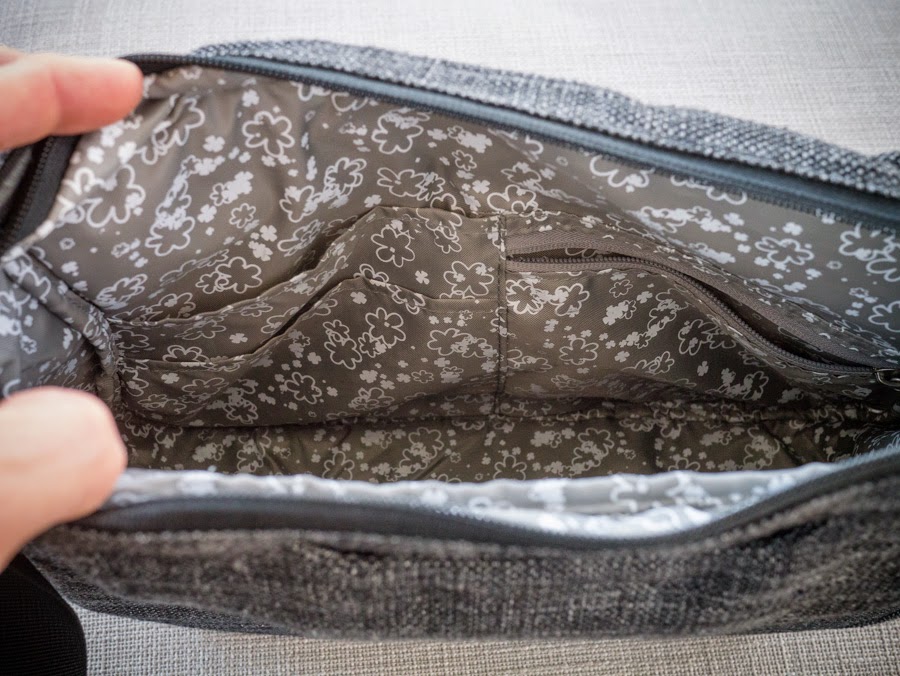 Unlike its bigger brother, ShoulderIt's shoulder strap is not detachable, but because it's permanently attached, ShoulderIt comes with a smart solution to securing the strap when the bag is mounted on handlebars. The large rear flap that usually covers quick release bracket on the backside can be simply flipped over and is then held by two hidden magnets. That takes care of keeping the shoulder strap secured during the ride. 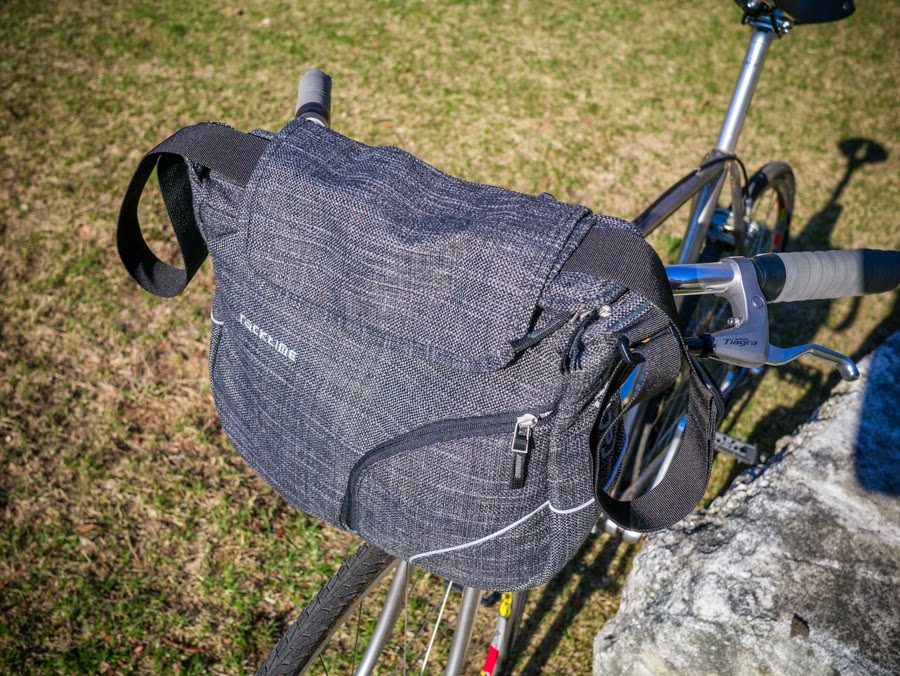 As for the remaining features, there are a few reflective stripes sewn into the bag, double zipper on the top and one handlebar bracket by Ortlieb, with a lock. To be honest, I'm not sure why I should be bothered with locking the bag on my bike. The lock locks the bag but not its content, after all. 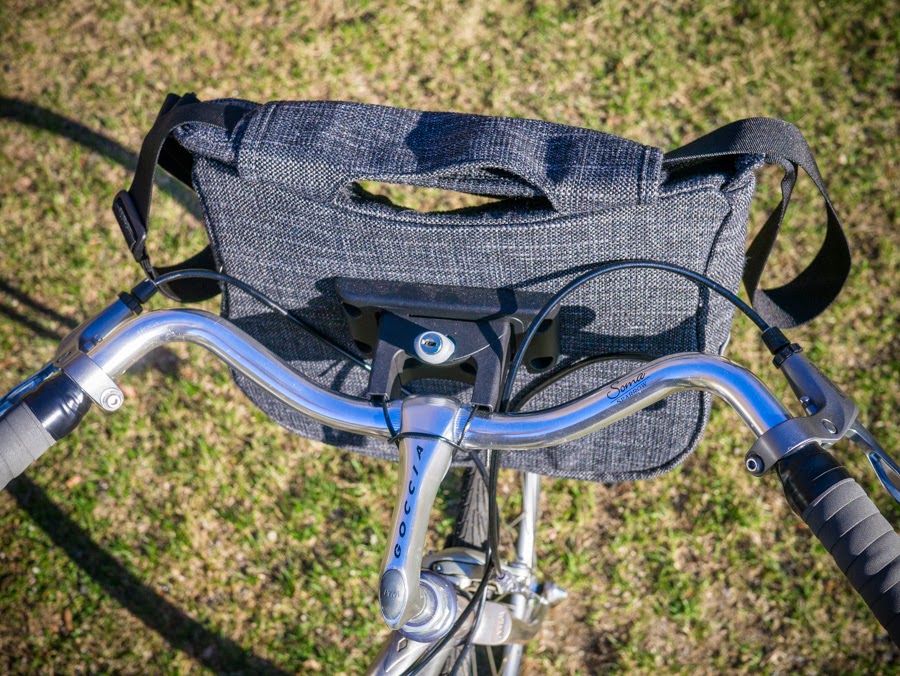 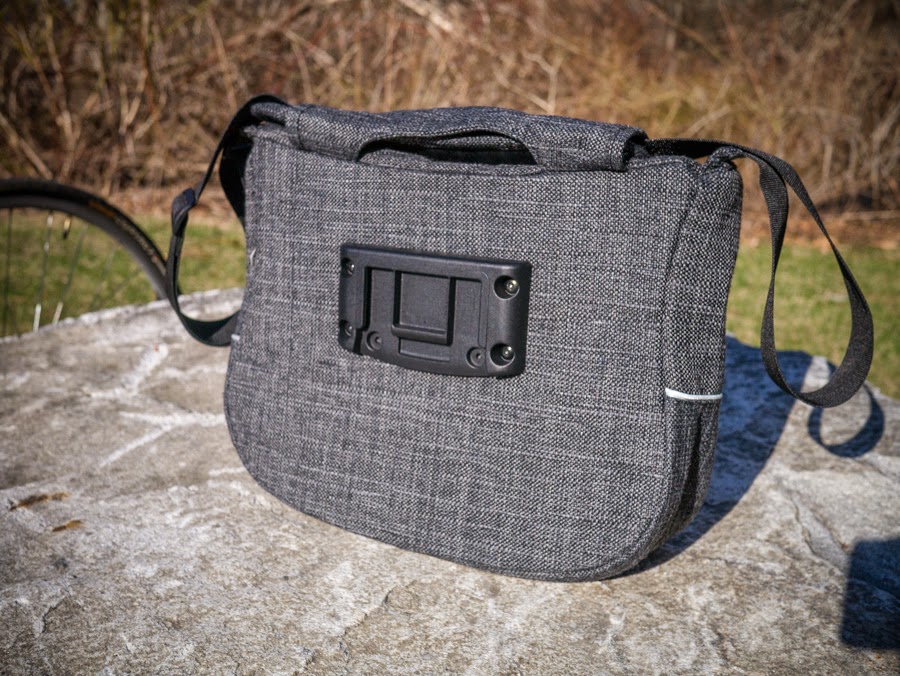 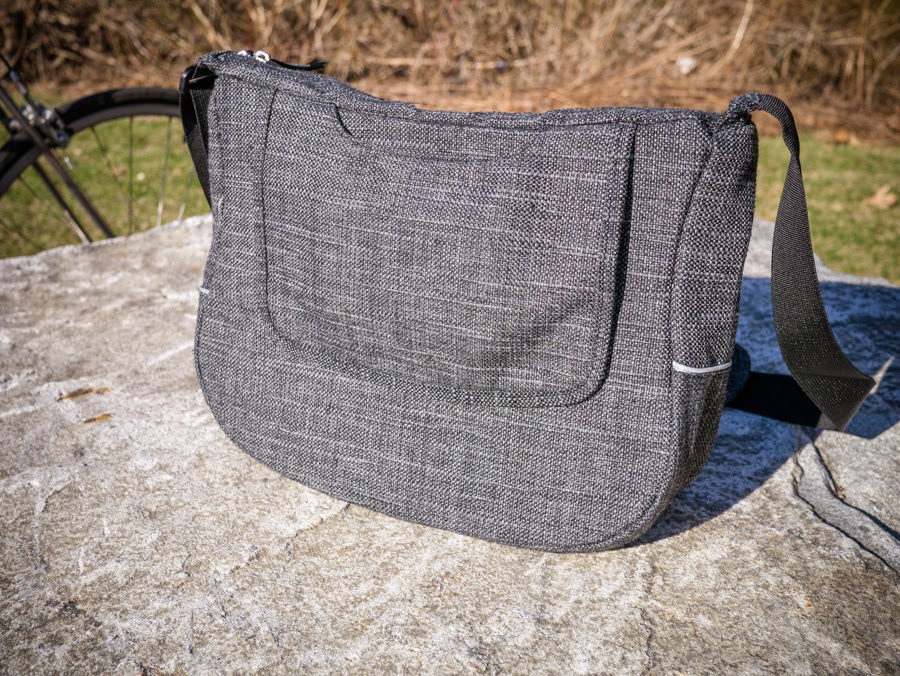 Overall, I'm very pleased with this purchase so far. The decreased size and weight means much more convenience when carrying this bag around, off the bike. There is a remaining question whether its lack of waterproofness is going to be a show stopper, but I can always try to use the rain cover that came with WorkIt with this bag too. And with the price of about $60, ShoulderIt is 2x cheaper than the bigger WorkIt. 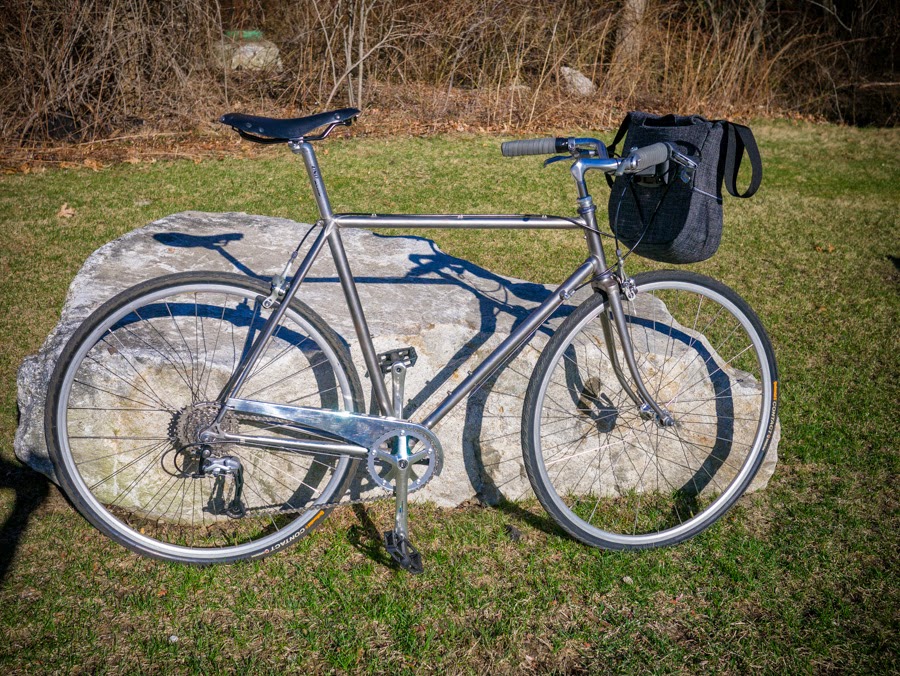