This year's 4th of July came on Saturday but fortunately my company gave me Friday off so it still counts as a long holiday weekend. Having a full day available I decided to take a longer ride and explore new areas by bike.


I started in Arlington at 6:20AM and used the Minuteman Bikeway to reach Bedford, then crossed Concord River an approached Carlisle. It was supposed to be a very warm and sunny day but early morning air was still crisp and fresh. 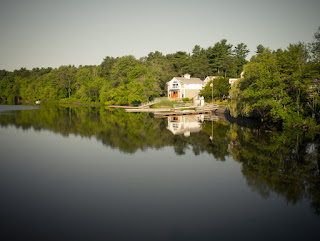 I continued on North Rd in Carlisle (One of the best places for road biking in this area - very low traffic, decent paving and places to see on the way.), then crossed Bruce Freeman Rail Trail and eventually reached Graniteville. 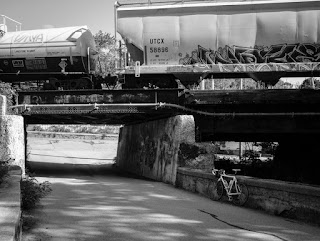 
From there, it was only a short ride to MIT Haystack Observatory in Westford. What was originally built for the army is now a MIT center for atmospheric research and planetary sciences. 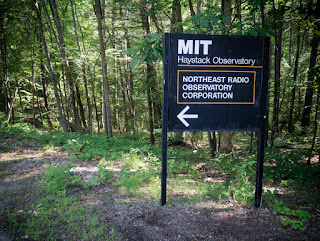 
Haystack Telescope is on the top of a hill so some climbing is required. The first thing you will notice is a large white ball of the Westford Radio Telescope. At this point you need to cross the gate that wasn't opened yesterday (Maybe MIT had a day off as well?) so I decided to... ignore it and continue up the hill (Sorry). 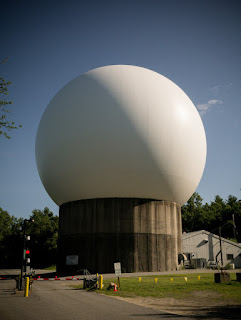 
Further up the hill I approached large antenna structures that turned out to be the Zenith Antenna (the one lying flat on the ground) for UHF transmissions, while the vertical one is the MISA Antenna. 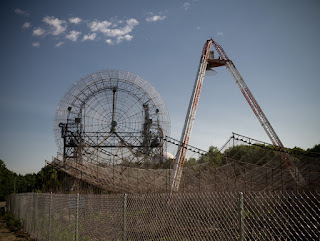 Zenith (in foreground) and MISA antennas 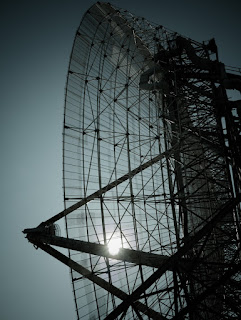 
Eventually, reaching top of the hill I could see the Haystack Radio Telescope (or rather its dome). I spent about half an hour on the top of the hill, taking a break from riding. It turned out that it took me 2 hours to reach Haystack, which was better than I expected. 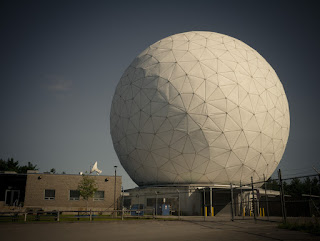 Millstone Rd is the only way down the hill from Haystack but because I wanted to connect with Keyes Rd to the east, I decided to take one of the forest trails down. Unfortunately, this turned out to be a bad idea. The trails are heavily overgrown in places and are rideable only on a mountain bike or fatbike. Walking my bike, half an hour and multiple mosquito bites later I finally reached the bottom of the hill... at Millstone Hill Rd. 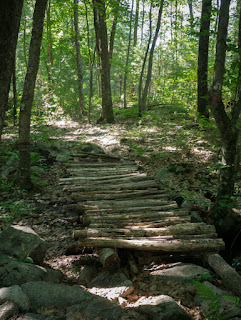 Trails around Haystack Telescope hill - don't approach without a good mountain bike. And a mosquito net.

So the shortcut didn't work but then I could keep moving faster and passing by the Upper Massapoag Pond (beautiful place, by the way) I reached Dunstable. I continued further north to cross the state border and arrived at the entrance to the Nashua River Rail Trail at Gilson Rd. This was a bit symbolic for me because for the first time I finally had a chance to ride my bike from my home to another state (and back). 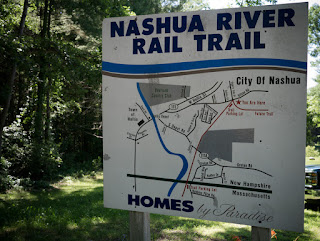 Nashua River Rail Trail (NRRT) is very similar to the Bruce Freeman Rail Trail I visited earlier or our Minuteman Trail in Arlington and Lexington. It is narrower but a bit longer than the Minuteman - 12.5mi vs. 10mi. 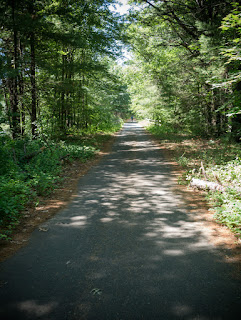 At that point it was already almost noon and trail was full of joggers, dog walkers and other cyclists but despite that I could keep a steady pace. I took another long break at Groton to stop for lunch. Main Street Cafe offers good food but has no bicycle parking of any kind (not even a lamp post or a road sign), which is surprising given proximity of NRRT. 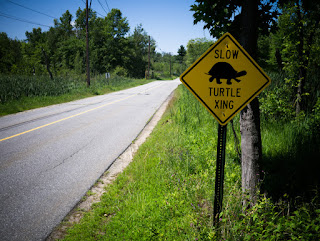 From there it was a straight shot to Ayer where NRRT ends. I've never been to Ayer before and center of this town surprised me - lots of nice, historic buildings. 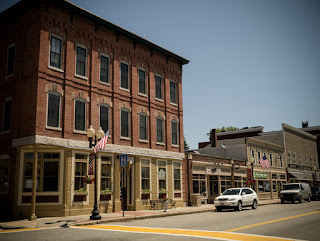 
It was time to head back home. Sun was at its peak and it was getting very hot. I was glad I put some sunblock on, otherwise I wouldn't look too good the following day. I kept moving through Littleton, Acton, Concord to arrive back in Lexington at the Minuteman Trail. The whole ride took me about 7hrs and 40min total and turned out to be 136km (85mi) long. 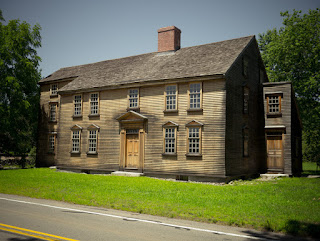 
By the way, I'm riding now on new tires - Stampede Pass Extralight (32mm wide) from Compass Cycles. From what I read about these, they are a holy grail of all road tires - very light, wide and supple. They feel great at 40-45psi (which is very low for this type of tire). It's kind of like riding on a bit harder tubes only because these tires are very thin. Which leaves an open question about their durability. Fortunately, they have worked very well so far. 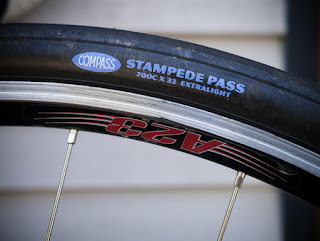 That's it. Happy 4th of July everyone. Time for a beer! 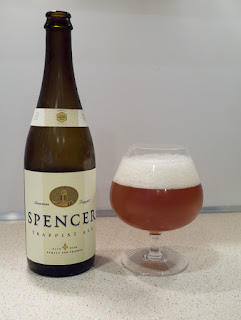