Remember the cranberry bog I encountered in Carlisle during my last ride? Yesterday, I decided to visit it again. I left my office at 5p.m. and took a longer route around Burlington to eventually cross Route 3 and Concord River. I followed the same North Rd as the last time, and quickly reached the cranberry bog reservoir. 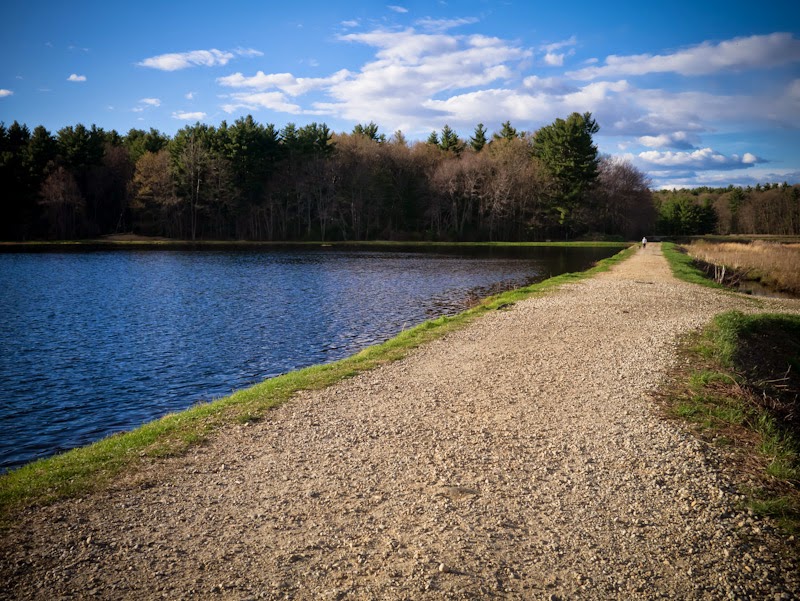 The path across the bog is layered with lots of small rocks and gravel and is generally easy to ride. Except some mountain bike-only sections in the forest the entire area is very bike-friendly. The trail takes us through the forest 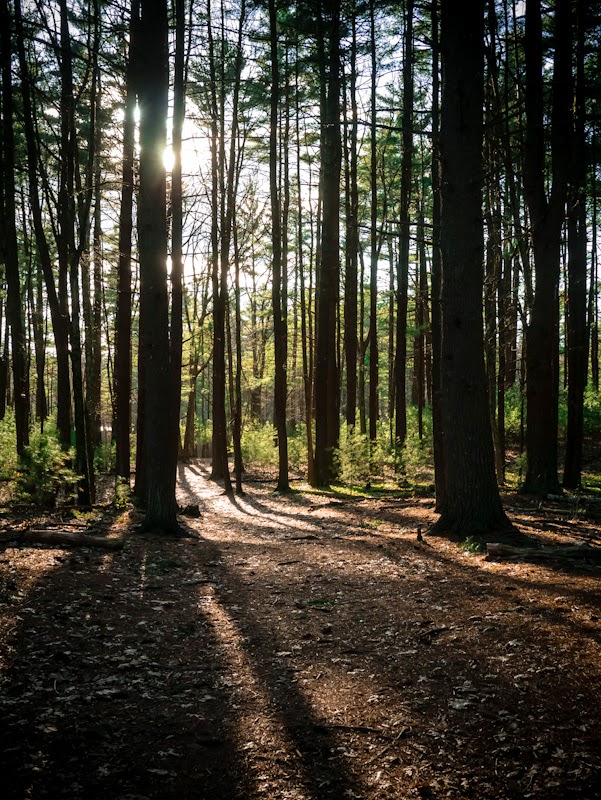 and next to many bogs and ponds 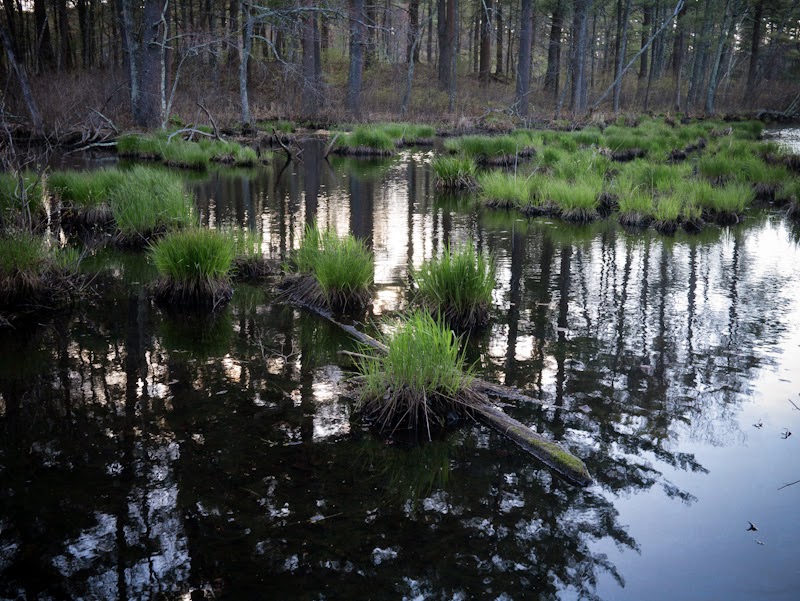 to finally end at Elm St. From there I took the Bruce Freeman Rail Trail I visited earlier and rode south towards Rt 225. I moved east through Carlisle having lots of fun on Binghman Rd. If you ride this section from Cross St to Concord St, it's all fast downhill on a winding forest road. Just watch for cars (not many of them there, though).
In Carlisle, I turned left onto Brook St, which was closed to trough traffic for some reason but despite this I decided to give it a try. The road turned out to be perfectly passable - at least on a bicycle. My next goal was to take the hidden trail around Greenough Pond and end up on Riveredge Rd. The beginning of the trail didn't really look very encouraging 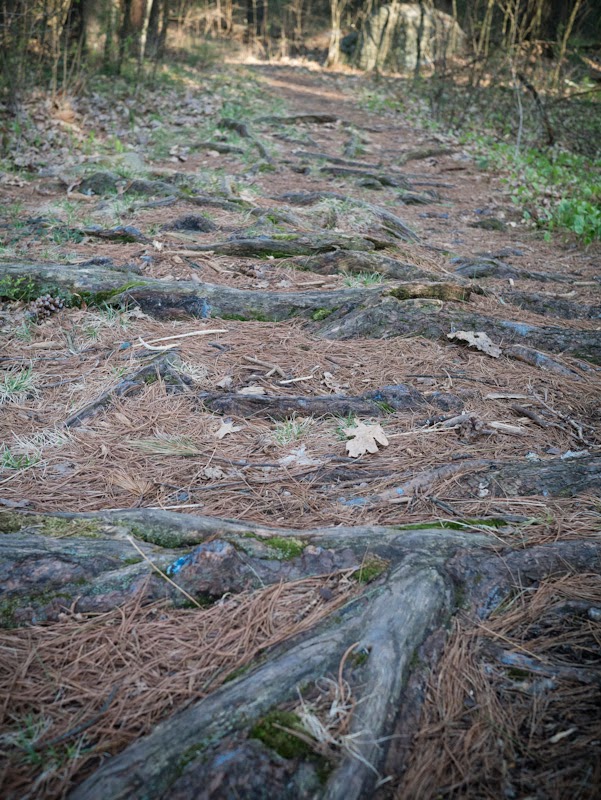 Same old tune "I wish I was a mountain bike"


but it improved quickly and the rest of it was actually passable except a few difficult sections. I had to be extra careful on those roots not to pinch the tubes in my tires. Riding with any 30psi pressure works very well for my Clement X'Plor USH tires but on paths like the one above it may be a bit risky. 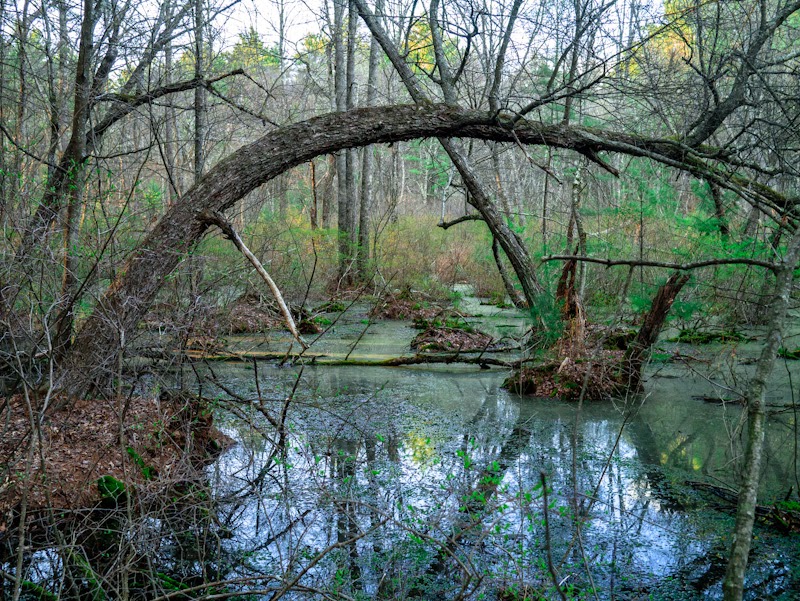 The rest of the ride was pretty straightforward. I crossed Concord River again, took Bedford Narrow Gauge Trail south, then Reformatory Branch Trail to Concord Rd and finally Battle Road Trail back home. It was close to 8:30p.m. when I was nearly done with the last trail and I still had a few miles left before I would reach Arlington. It started getting dark very quickly so I put the lights on my bike and continued riding in darkness. 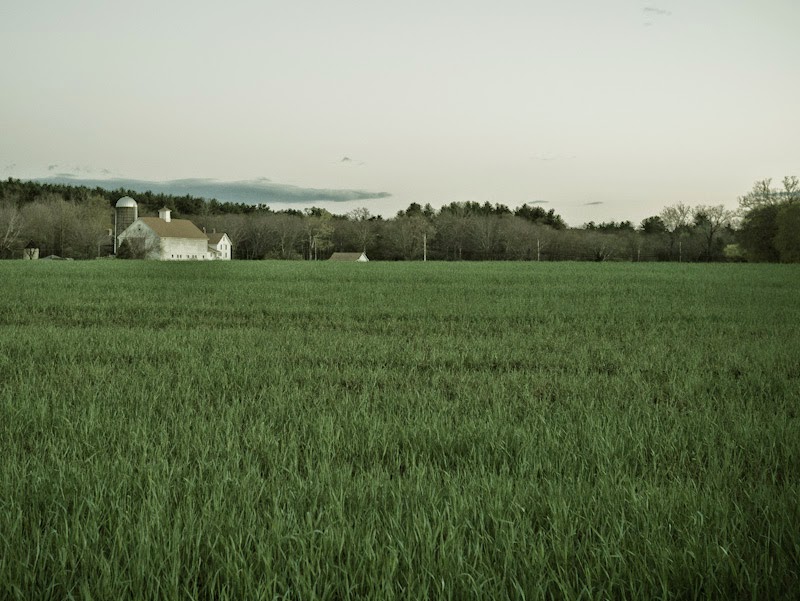 Those last miles felt surprisingly good. My bike was moving forward so smoothly that riding felt nearly effortless. On the negative side, I was getting super hungry at this point and all I could think of was a large dinner. I reached my house at 9:00p.m. after riding 70km (44mi).
By the way, if you frequently use the short connector between the Minuteman Bikeway and Spencer St in Lexington, start looking for alternative routes. When I got there the owner of the nearest house saw me and asked me if I found this path on Google. I confirmed and he said it wasn't supposed to be there. Apparently it's his property and he's is planning on putting up a fence there. So much for a convenient way of accessing the Bikeway from that side.
Posted by bostonbybike at 10:52