My family landed at the Cape last weekend, which means that yesterday I had a rare opportunity to explore some new places around (If you, like me, happen to have two little, busy kids at home, you would know that finding some time for a longer ride is a rare opportunity indeed).
The last ride of this kind took me all the way to Chatham. This time, my goal was to reach Nauset Light - a small lighthouse overlooking the ocean, just north of Eastham. But because this time I wanted to be back home for breakfast, I left the house at around 5:00 and drove to the beginning of Cape Cod Rail Trail (CCRT) in West Harwich. This saved me a lot of time by avoiding all the traffic on the way from Osterville to CCRT. I hopped on my bike at 5:30 and started moving along the trail towards center of Harwich. 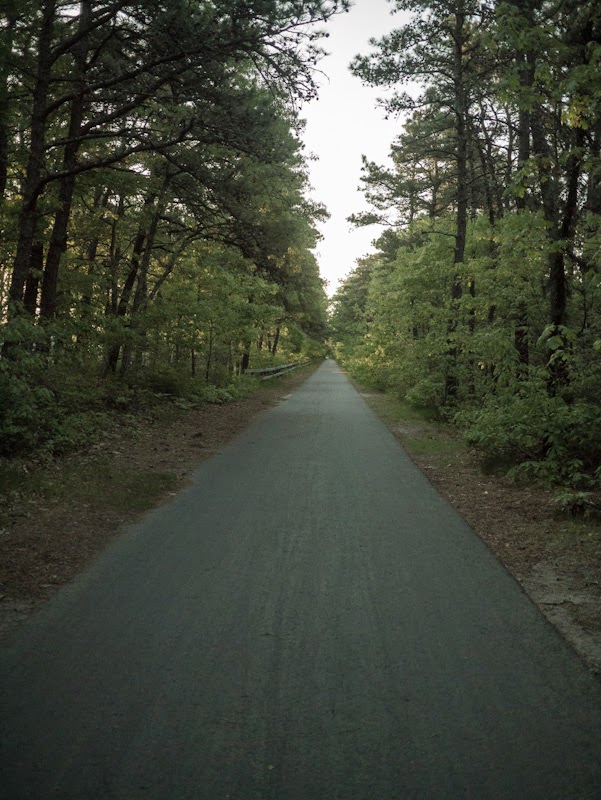 The trail was completely empty at that time. All the cyclists and dog walkers must have been still sleeping. The sun has just started to peek out above the trees. The air was fresh and a bit chilly. 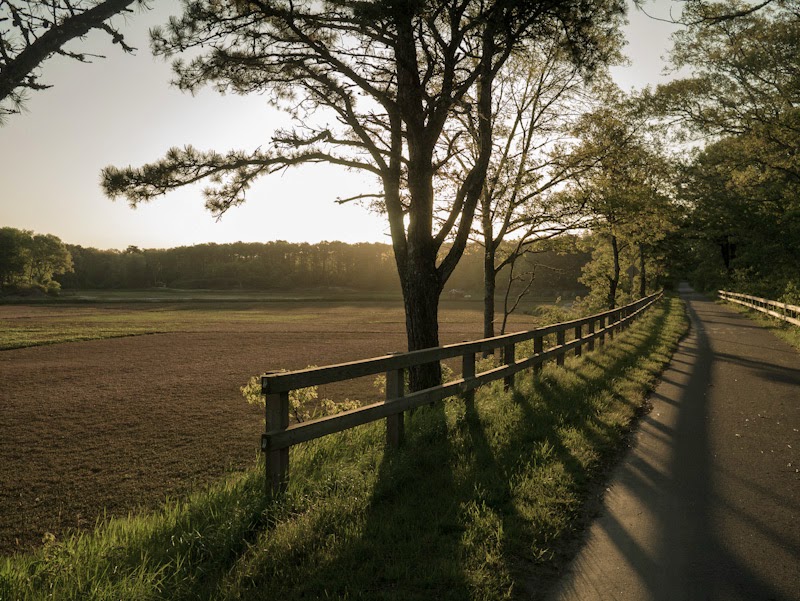 I passed by a few cranberry bogs on the way and reached the rotary, where the bike trail splits up. The eastern path leads towards Chatham - the way I rode before. I took the northern path instead, which leads to Orleans. I also noticed that this cycle rotary is now being monitored by video cameras. Apparently, a rotary for cyclists is such a unique feature in United States that someone would attempt to steal it. The rest of the trail was equally easy to ride as the beginning section. Maybe even a bit boring in places. CCRT passes by multiple lakes, cranberry bogs and Nickerson State Park, running in the shade of trees 90% of the time. And even though it is clearly aimed more towards the less-experienced cyclists (or Sunday riders, if you prefer), it's nice to be able to ride for 50mi+ away from the heavy car traffic - something not so obvious here, in eastern Massachusetts.
﻿
﻿ After about an hour and a half of riding I reached Eastham, where I had to cut across Route 6 and then climb across the dunes to finally reach the lighthouse. 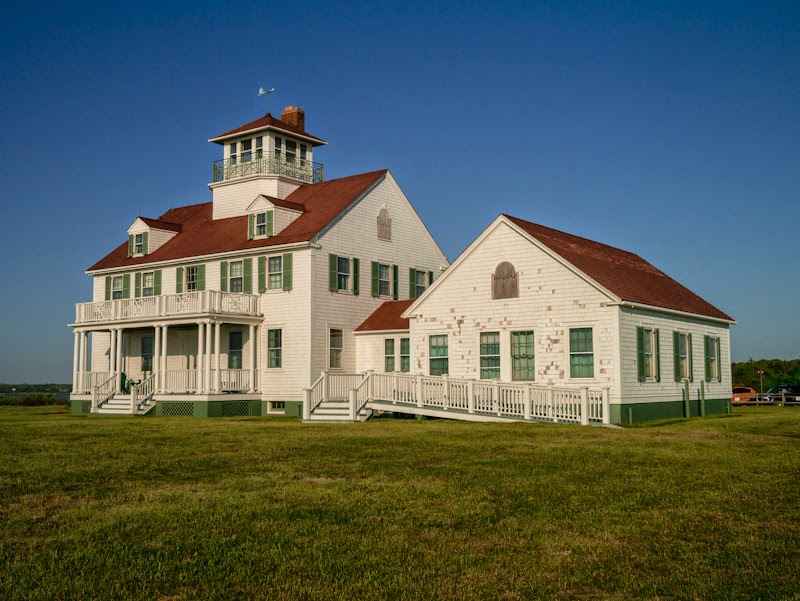 It was still early, around 7:00am and I saw only a very few people there. The ocean was in it's full swing with pretty decent waves hitting the shore. It was windy. 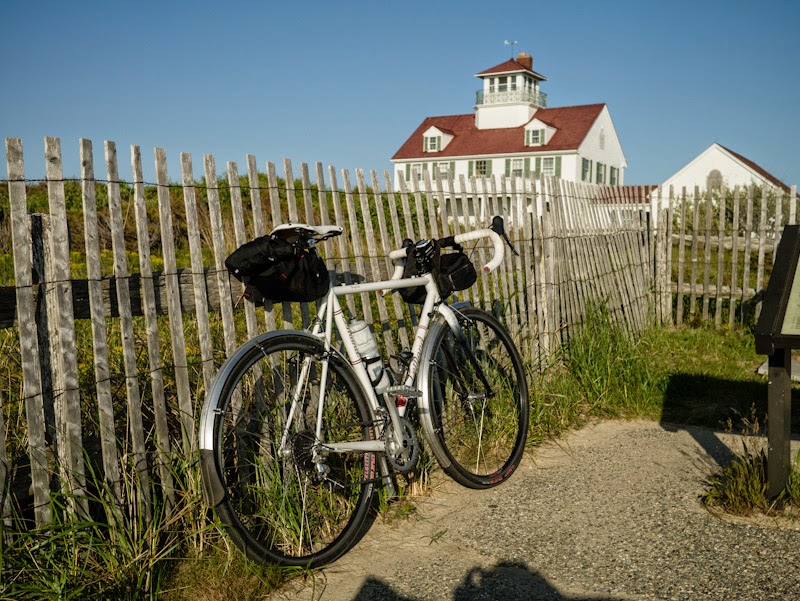 I stayed there for a short while and read some history about this place from the information boards around. I have never been here before and it was a beautiful place - although I imagine it must get super crowded in the summer.
Having spend over 10 years in Boston, I still have to explore the northern end of the Cape - north of Wellfleet. I may have a chance this summer.
Posted by bostonbybike at 10:48