It finally happened! That rare moment, which comes every 100 years when all planets are in the right alignment and moon is full - I sent my family away to my in-laws at the Cape Cod and I have several days off at work. In simple words - more time for cycling.

To start easy, I decided to take a 100km route to Harvard, MA and back. There was a storm early morning so roads were wet, morning air was cool and sky was cloudy. I quickly moved through the Battle Road Trail towards Concord, then Acton, Littleton and by 11:30 I was in the center of Harvard. I didn't take a direct route to Harvard but decided to go a bit around. Not sure whether that was the best choice but at least I avoided heavy traffic on Rt 111. 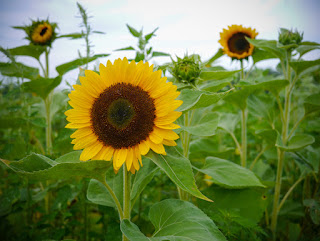 It's the sunflower season!


I stopped at the General Store to stretch my legs and snack something. I was actually ready for lunch but then I notice a sign to Fruitlands Museum. I wasn't planning on going there but then I recalled that a few years ago Velouria visited that place and was very fond of it (She's actually visited it several times). So I decided to postpone my lunch and first check what all the fuss was about. Fortunately, Fruitlands wasn't too far from the center. 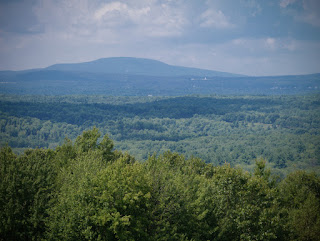 
On the way there, there is a nice open view from Prospect Hill Rd. I guess that was the one Velouria wrote about. To be honest, it wasn't as spectacular as I expected. I mean, yes, you can see several mountain ranges far away but other than that, there isn't much to see there. It can't compare to a view from e.g Cadillac Mountain in Maine or many places in New Hampshire. Not even close. But maybe I was there simply at the wrong time. Noon in early August is not the best time for any pictures. Had I visited this place in the peak of foliage season, my impressions would've likely be different. 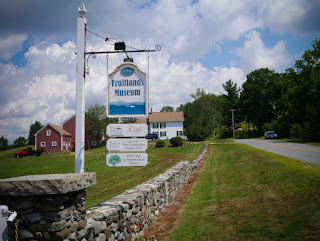 Anyway, I continued up the hill towards the Museum... 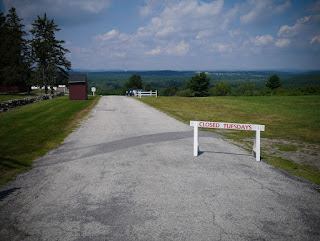 which is closed on Tuesdays. Bugger! Nothing to see here. It was time to go back to Harvard. 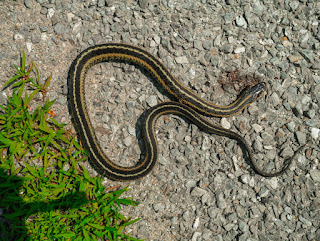 Snake roadkill. Not mine.

General Store had some good selection of drinks and sandwiches and inviting atmosphere with running A/C. 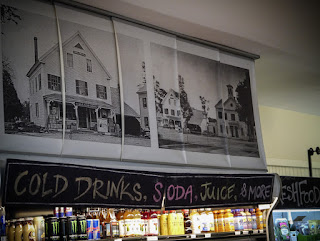 Inside the General Store

I continued south towards Hudson, passing Bolton on the way. My planned route took me on Warren Ave, which surprisingly wasn't paved (although well compacted) - not something you would expect from an "avenue". 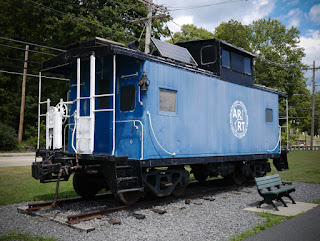 I arrived in Hudson after climbing some hills at Bare Hill Rd and a mad downhill ride on Bolton St. I decided not to stop in Hudson but keep going. After a short ride on the Assabet River Rail Trail I continued towards Sudbury. 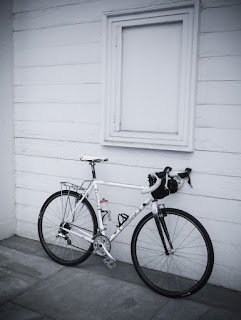 My bike at the Sudbury Town Hall

Next, I discovered a place I have never visited before - Water Row Rd in Sudbury. It runs through the conservation land and sees very little traffic. Good place for a bike ride. 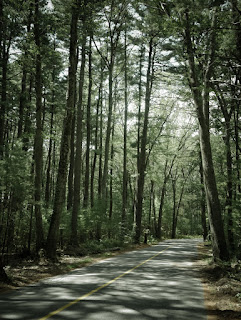 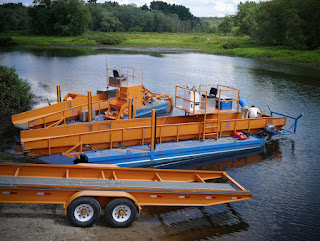 I was approaching Lincoln when I heard some thunders far away. Then I realized that the storm was brewing nearby - right ahead of were I was going. 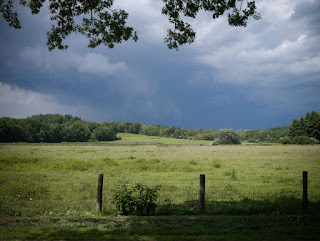 This doesn't look too good...


Air temperature was dropping rapidly. I could feel the cool air coming in. According to my cycling computer the temperature dropped by 8 deg from 32C (90F) down to 24C (75F) withing just minutes. That certainly made the last miles of my ride more pleasant. Fortunately, after 125km and 7 hours on the road, I made it safely home about half and hour before the skies opened and heavy downpour hit the ground. 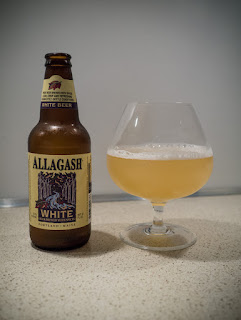 Beer time!
Posted by bostonbybike at 19:57