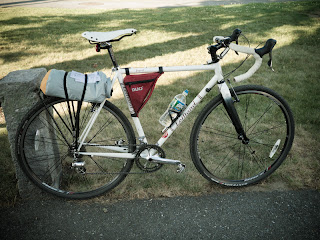 After riding many kilometers on my Lemond Poprad, I finally realized that some changes were necessary. First, I decided to replace the stock saddle. My main complain about this bike was a major PITA during longer rides. Not anymore. The new saddle is a white Selle An-Atomica Titanico that I got on sale. 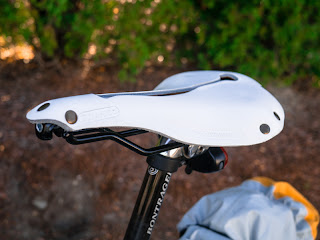 Next, was the time to adjust the handlebars position as I had a feeling that I was too stretched on my bike. I decided to try out a shorter, 80mm stem. Now the whole bike feels even more compact than before but finally my riding position is pretty comfortable, even during a longer, 3-4 hrs ride. I still have to find some time to do a full-day biking and see if my current adjustments are final. You never know - what feels right during a 3-hour bike tour may be painful on a 6-hour ride.

In my review, I also pointed out that Avid Shorty 4 cantilever brakes had inadequate stopping power and I have seriously considered replacing them for some time. Ideally, I would use regular v-brakes since they are very easy to adjust and deliver lots of braking power. The problem with v-brakes is that they require long pull levers and STI combo levers do not have adequate pull. I found out that there are three effective solutions to this problem:
I have never heard about option 2 before I did some research so this was a bit unknown territory for me. I considered option 1 but then I thought that this whole assembly would look a bit messy so eventually, I decided to get better cantilever brakes, even though adjusting them can be seriously bothersome sometimes. I got Tektro CR720 for $48 (both front and rear), which looks like a really good deal considering that they provide much, much more stopping power. They look a bit funny though, as they are really wide. 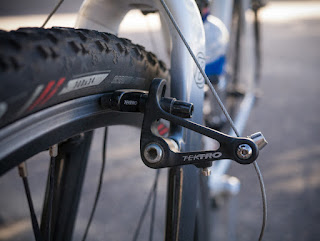 The main use of this bike is short-distance "touring". I wrote touring in quotes, since I don't even know if I can call it this way. I just use my Poprad for short rides around the neighborhood: 30-150km (20-90mi) in one day. I think it should serve me well for this purpose. However, it means that I would need some storage space for a couple of things I would take on a ride with me ( a thin jacket, a camera, tools, food, etc.).

I thought about a saddlebag, but most of them look too retro to my taste and are heavy so I ended up with a Tubus Fly rear rack. It is an amazingly light (330g) rack designed for use with road bikes. Despite its lightweight construction its max. load is rated at 18kg (40lbs). I thought about some small panniers for it but I ended up with a simple stuff bag instead. It is a much smaller and lighter solution than two wide panniers. Secured with just one bungee cord such bag fits all the things I need on the road. 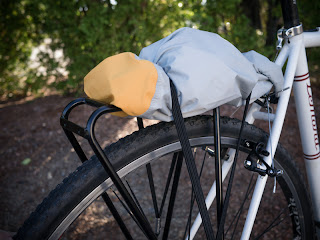 The last addition is a small handlebars bag that I can use for storing my camera and a few things I have to access frequently. It is good to keep the camera easily accessible, which means that it should not travel in the saddlebag or on a rear rack. The bag I found on Amazon for $8 is not much lager than 8"x4"x4". It seems to work quite well for me although it could unzip a bit more to have a better access inside. 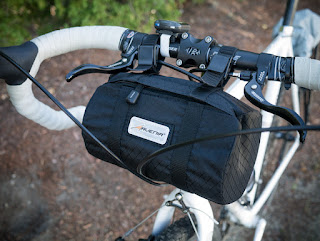 That's it. I feel like my bike is now complete. Well, almost. My last complain is the handlebars that I may replace eventually. The bars I have on my bike are old-style drop bars and they don't have much space for my hands on the top, flat section. I wish the handlebars had a much smaller bend radius (see the photo below). This would leave me extra space for my hands on flats and allow me to place my hands further apart from the stem. The problem I have is finding something appropriate with 25.4mm clamp size since most modern bars have 31.8mm clamp. 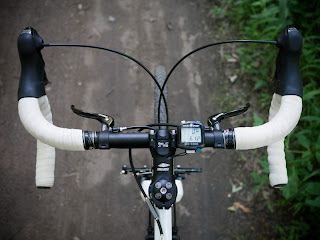