Most important innovations in cycling

A few months ago Jan Heine published a list on his blog about 10 the most important innovations in the world of bicycling. It's a good list and even if you don't completely agree with it, it's hard to argue that cycling has changed dramatically after introduction of derailleurs (and gears in general) or lighter materials such as aluminum alloys, butted steel tubing or even modern carbon fiber. 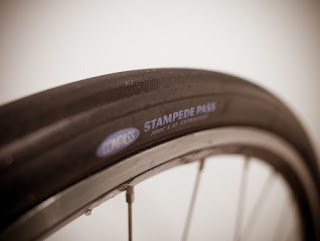 Certainly, #1 on the list - pneumatic tires, is well deserved. In fact, pneumatic tires is one of the most important inventions in the history of transport, right next to railroads (the first way to travel long-distance and move heavy cargo at high speed) and modern airlines (reaching farthest placed in the world in a matter of hours, not days or weeks). Without pneumatic tires, there would be no bicycles, no cars, no trucks and even no modern airplanes.

There are some things that are missing on Jan's list though. They may not be good candidates for places 1-10 but they should be mentioned as well. While I agree that generator hubs are a game changer (even though they are not particularly popular yet) the earlier important innovation in bicycle lighting came with arrival of LEDs. Old bicycle lights were dim, heavy and had limited battery life. Modern LED lights are not only small and bright, but also seem to last forever. Thanks to LEDs night riding became possible the way it never was before. 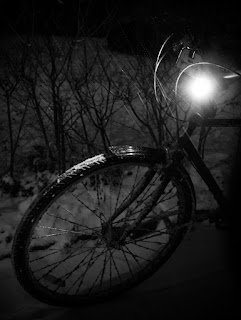 Another invention that didn't make the list is a freewheel. I know that fixie enthusiasts couldn't care less, but for most of us ability to coast down the hill is so obvious that we just don't appreciate how important the innovation of freewheel was.

Jan mentioned indexed shifters as one of the inventions that made shifting easy and brought it to the masses. It's hard to argue with that. But, at least in the world of road cycling, there was one more innovation that should be mentioned - integrated shifters (such as Shimano STI). Moving shifters from the downtube onto the handlebars and integrating them with brake levers was a true game changer for all road cyclists. Finally, we had a full control of gearing at all times, without moving hands off the bars. STI shifters may be more expensive, more complex and heavier than downtube shifters, but are well worth the trouble. 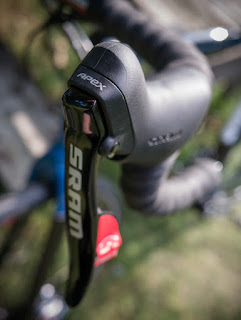 Finally, there are things that most of us would probably not think of when putting together their "most important bicycling innovation list". Why just focus on bicycles only? Bicycling is not only about the machine, it's the activity and the entire experience. That's why we really need to add bike lanes (or actually the idea of separating bicycles from a fast-moving car traffic in general) to the list. Long time ago, there was a time when bicycles "owned" the roads but with arrival of an automobile the situation has changed. While sharing the road with cars and trucks is a nice idea, it's often utopian and (protected) bike lanes were the reason why bicycles could be reintroduced in cities and not just belong to the countryside. 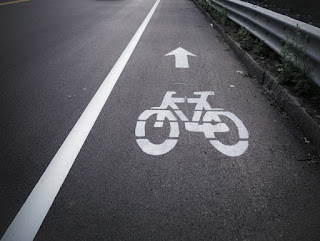