Another 8 Kickstarter inventions for year's end

It's almost Christmas, year's end and winter has started as well. But before we sit at the Christmas table let's take a quick look at the newest Kickstarter bike projects. 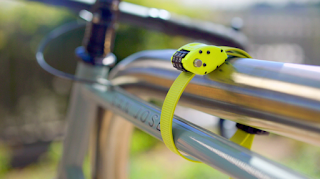 I will start with the first ever Kickstarter invention that I would actually buy. In fact, I'll probably preorder one.

OttoLock is a bicycle lock but it seems to solve the eternal problem of all bike locks - they can either be lightweight or secure. A thin cable lock is very light, but can be cut with pretty much anything. U-locks on the other hand, are very secure but weigh a ton. OttoLock, thanks to its smart construction, is supposed to be much more secure than cable locks (although it will likely not beat the best u-locks anyway) and much, much lighter than an u-lock - just 120g for the 18" OttoLock.

The only feature I'm not very fond of is the 3-digit combination lock, instead of a key. Yes, it's technically 1000 combinations but most of these type of locks I've seen were not high quality. I just hope that the locking mechanism is not the weakest link of OttoLock.

My verdict: Very nice. Interesting offering for someone looking for a lightweight and secure bike lock, which is pretty much every cyclist, I think. 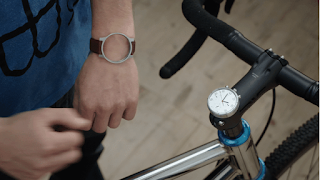 This thing is pretty weird. Or maybe it's smart? Moskito is a "precision chronograph and smart bike computer in one". Basically it's a cycling computer (Strava-connected, of course) in a form of a classic, analog Swiss watch that also talks to your smartphone. If you don't think that's weird you probably already have one.

I like it's design as a watch but it seems to over-complicate things too much when used as a cycling computer. Tiny analog dials are much harder to read than large digital display. Not to mention that I would love to see the expression on someone's face when they ask you for time and you show them that beautiful leather strap with the empty stainless ring on your wrist, because you have just realized that you left the watch on your bike.

My verdict: It's a completely unnecessary bicycle jewelry that is supposed to do two things well but in reality messes up both. 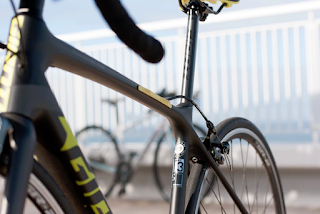 If Moskito was weird than PoleProtectr is just stupid. It's an "unobtrusive aero-design 3D silicone rubber" that will protect the frame of your bike when you lean it against a street sign, fence or anything like.

The biggest problem with PoleProtectr (except it's ridiculous name) is that there is no innovation in it! You can buy a piece of adhesive silicone in your local hardware store for a few bucks. Why even bother with Kickstarter?

My verdict: Clearly, some inventions should be never invented. 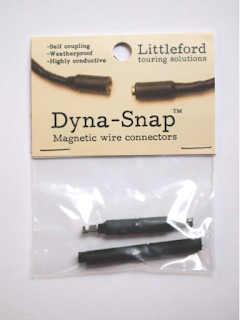 Another little gizmo that looks very useful! Dyna-Snap is a connector system for your dynamo-wired bike lights that uses magnets to keep the plugs together - just like Apple MagSafe.

Not many people use dynamo-powered lights but those who do, would appreciate this quick-disconnect feature. It makes wheel swaps easier and safer.

My verdict: Simple, straightforward and does exactly what is supposed to do. Smart without trying to be Internet-smart. 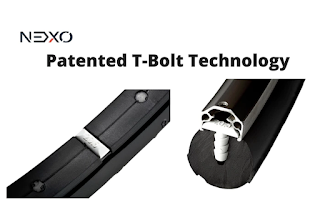 Nexo is an airless tire system. Just like all other systems of this kind it promises no more punctures and... that's about it. Unfortunately, like all other such systems it comes with the same issues. Want a specific tire on your bike? Not a chance. Only several limited options are offered by Nexo. Want a cushy ride? Err... though luck. You have to rely on softness (or hardness) of rubber because the best thing about pneumatic tires - air, has been eliminated here.

My verdict: Not for me. Might be good for someone who has one bike and uses it twice a year. Then he/she doesn't have to worry about inflating tires anymore. Or someone with one bike who is too cheap to buy good tires and a pump. For any serious cyclists Nexo is not a solution. 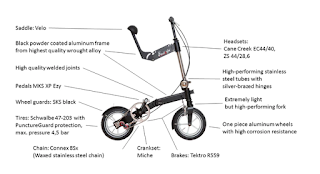 Kwiggle is just an uglier version of Brompton. This "most compact bicycle in the world" folds into a tiny package so you can hide it in your back pocket. Well, almost.

Yes, it's ugly but it seems to do what is supposed to - be small yet still usable. The one problem that I see with Kwiggle is that due to its size, it can be only either single or dual speed. Brompton (although not great in that regard) offers more drivetrain options.

My verdict: It may work but it's ugly. Would you want to be seen on one? 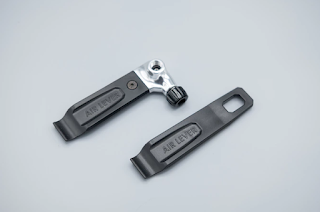 Air Lever is an attempt to combine two bike tools into one - a CO2 inflator and a tire lever. It's not bad, I think, it's just... completely pointless. Yes, you have those two tools together but then every cyclist knows that to change a tire effectively you need two levers (And that's why Air Level comes with an extra one). So that's two separate tools already. Then add one more, because you need to take a CO2 cartridge with you as well. Without it Air Lever is useless.

My verdict: Is it really worth paying extra for something that minimizes number of tools you carry with you from 4 to 3? I don't think so. 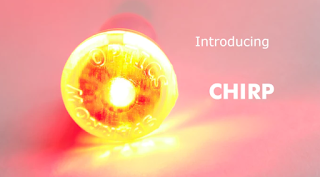 Chirp, despite its name, doesn't emit any sounds. It's a bar end plug with integrated LED lighting. Again, the execution is sound (with no sound in it), but what's the point of it? There is a reason any red lights (especially those blinking ones) are mounted on the rear end of a bike. I don't think I would enjoy any lights blinking into my face. What Chirp reminds me are those marker/clearance lights you find on semi trailers. It's just that bicycle is much smaller than a trailer and doesn't need any clearance lights.

My verdict: Another unnecessary gadget for those who have everything. Need good lights for your bike? Buy something bright that mounts to the rear rack or the seatpost.

That's it folks. I'm taking a brief Christmas break. Enjoy your holidays!
Posted by bostonbybike at 11:35