This summer has just hit its halftime and unlike the mad heatwaves they suffer from now in Europe, our summer weather has so far been predictable. Same old story - so humid in the mornings that your shirt gets immediately glued to your back, too hot in the afternoons to sit outside and if you think you could cool down a bit in a shade of forest, you can be sure a battalion of ticks, mosquitoes and deer flies will mount a welcoming committee. Lovely.

Anyway, yesterday I decided to revisit some places in Southern New Hampshire, namely the Rockingham Recreational Trail. If this name sounds familiar, it's maybe because only 2 months ago I wrote about my last ride there. However, that was the northern part of the trail, the one that stretches from Manchester to Newfields. But Rockingham Rec Trail has also its southern section that runs from Windham to Epping, where it merges with the northern route. On the map it looks like these are two completely different rail trails, yet somehow they both share the same name. Strange.

The only time I tried to ride a part of the southern route was 2 years ago when I rode my bike to the Pawtuckaway State Park for a quick S24O camp-out. I remembered well that the trail was though to ride - portion of it was severely eroded by horses hooves and then the other part was too sandy to be usable for cycling.

However, this time I brought a very different bike with me. Instead of 35mm wide tires I roll now on 2.2 inches of rubber. That helps a lot with gaining some traction in deeper sand so I was hoping that I can make it through. 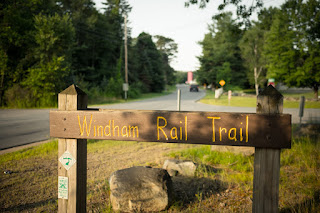 I started at Windham, at the old rail depot where two rail trails begin - the paved Windham Rail Trail runs right across and the hidden, unpaved Rockingham Rec Trail can be found between the trees to your left. 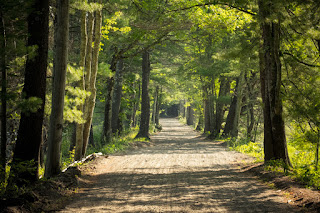 It all began well, except that the route very quickly got really sandy, just as I expected. The section from Windham to Main St in Fremont is often used by ATVs and motocross bikes. This means the surface was eroded, rough and covered with a deep layer of loose sand. There were places where my wide tires got severely slowed down and sunk into the sand. I can't picture riding there on anything else than a mountain bike. Maybe that's why I didn't meet a single cyclist on the way. 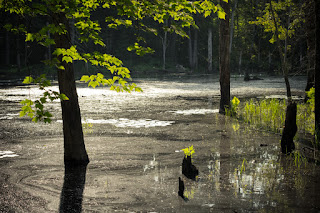 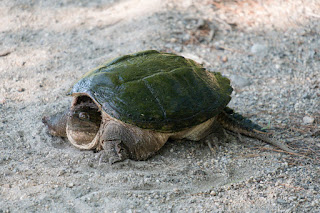 On top of that, there was a silly problem with humidity. Humid morning air combined with dust and sand picked up by my bike's tires meant that soon my bike and water bottles were covered with a layer of sticky, grey mud. Not a big deal, unless you want to take a sip of water and suddenly find sand in your mouth. 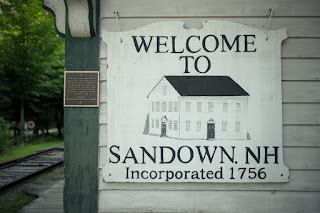 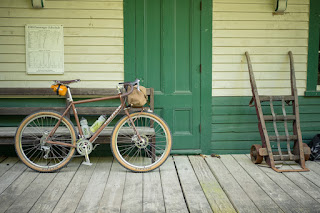 After a longer while I got to Sandown for a quick stop at the old rail depot, then continued along the trail to Fremont. Here, the ATV-segment ended and I entered a section that gets frequently used by people horseback. Soon enough I was already at the end of the Rockingham Rec Trail in Epping, at which point I had to start riding back. 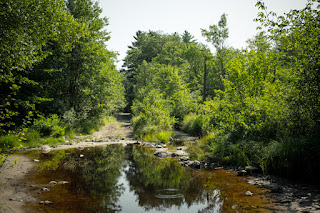 Of course, being me, I didn't just want to use the main road but to be more adventurous. As it turned out, Shirking Rd in Fremont was certainly for the adventurous types. Being a logging road, it was as rough as you can possibly imagine - muddy, uneven, flooded in multiple places. I had to walk through several giant puddles, slide on mud and fight swarms of deer flies and mosquitoes.

Once I made it through I had enough of such adventure and decided to just stick to paved roads and make my way south. The sun was already high up in the sky and day was getting hotter. I stopped at the gas station in Hampstead to resupply and kept going. The rest of the route was a bit boring - just going through some remote cul-de-sacks in Windham - places where I certainly wouldn't want to live. It still surprises me how many Americans think such homes are "great for families with children". Nothing beats having to drive your kids everywhere, I guess.

Anyway, after 4hrs of riding I could drive back home, then cool myself down with a pint of local brew. 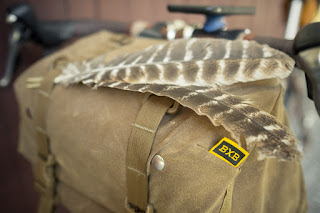